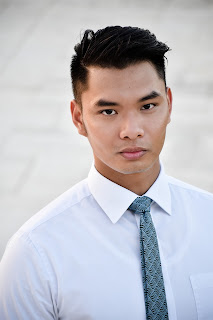 Image by Nhil Banda from Pixabay

The sanctimonious voice belonged to a cadaverous man of medium height in his mid-thirties. He had a sunken-cheeked, clean-shaven face, a sharp, beaklike nose, and piercing, coal-black eyes. His mode of dress placed him as someone who worked in an academic or clerical position rather than manual labor.

Ahmose, who had just arrived at the serving line with a fresh supply of skewered chicken, realized that the man was addressing him and felt annoyed. The kitchen was busy. Certainly, this fancy fellow with his high airs could have addressed his question to one of the servers on the line.

“Don’t know about ‘again,’ I just got here yesterday,” Ahmose replied. “It’s good, but there are plenty of other choices if it doesn’t appeal to you. Pardon me, I must get back to the kitchen.”

Ahmose could feel the man’s eyes sizing him up as he hurried away. He turned for a moment, and a chill went up his spine. The look on the fellow’s face was that of a hungry predator sizing up his prey.

“If that creep thinks I’m going to give him so much as a sniff, he’s got another think coming,” Ahmose mused. “Unless Gregory and I are both severely mistaken, long tall Linus seems to be pretty keen for me. If I’m going to take that kind of chance, I want it to be with a good guy, not a pervert.”

Lost in thought, Ahmose managed to slam his hip against the edge of the grill. He gasped and stepped back, not so much hurt as startled.

“Wow! Careful there, Ike!” Corporal Tasker cautioned. “We don’t need you to end up being the next item on the menu. Slow it down a tick, Son! You’re always in a red-hot hurry. You’re a good worker. I don’t want you to overdo things, all right?”

“Yessir. Thank you,” Ahmose replied, blushing as if his boss could see his amorous thoughts for Linus brewing about in his mind. “I…I’m used to moving quick in a confined space from years of helping my father and cousins in the fish market on busy days. I miscalculated how far I had left to go before hitting the grill, and I ended up hitting the grill.”

“I appreciate it, Sir. Thank you.”

“You move like dragonfly,” an elderly cook named Fukui said in Japanese. “From this day, I call you Ahmose Dragonfly.”

Notes:
This is a chapter from Caged Birds, the thirteenth installment in the Carnal Invasion series, which is due to be released on July 4, 2019, only from Kindle.
Caged Birds tells the story of three Japanese-American vampires, Ahmose Ike, Gregory Inoue, and Mondo Katou, who, along with Ahmose's boyfriend Bernie Jaskolski, go back in time in hopes of saving one of their companions. They end up returning to the Manzanar internment camp, where they were held prisoner during the early 1940s.
The story switches between the viewpoints of the men as they were in the 1940s and as they are in 2019. This particular chapter involves the 1940s versions of the characters. The Linus character occupying Ahmose's thoughts is Bernie's previous incarnation.
The model pictured has a fuller face than the character Mondo Katou, but his staid expression and proper attire made the image a good choice to illustrate Katou's critical gaze and austere demeanor.

Have a look at our current book!