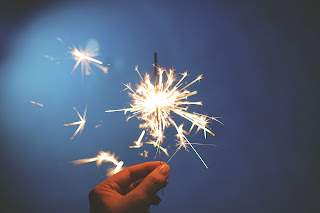 I am extremely grateful for all the writing prompts used in creating Carnal Invasion XIII: Caged Birds, which will be published today. It truly would not have happened without these prompts.

I wish to give an extra shout-out to the Write-Edit-Publish blog for inspiring the creation of the first chapter of this book. I remain gobsmacked by how contentious this short piece was. I honestly considered the piece to be a character study and didn't expect much more than a few "interesting story" comments. Instead, I got raked over the coals pretty much from the start, which was disheartening, to say the least. In fairness, there were some people who were quite supportive, and I appreciate that.

Regardless of what happened, I am grateful for the inspiration I gained from the prompt and am looking forward to participating in future prompts.

I also wish to give a shout-out to Mindlovemisery's Menagerie for this prompt, which was used in the creation of the final chapter of the book. I would like to share an excerpt, but, it's the final chapter.

I have my reasons for wanting this book to be published on the Fourth of July. First, the book contains references to the displacement of people of Japanese ancestry by the United States Government during World War II. This shameful incident is not discussed in history books, and it should not be swept under the rug.

There is also a reference made in the book to the current human rights abuses transpiring in the United States wherein Latino migrants are being held in unconscionable conditions. I have long been a history buff, and the parallels between past dictators such as Hitler and Stalin and the current so-called leader of the free world cannot be ignored.

I hope a few of you will consider picking up a copy of the book during its promotional period. This is the one I thought might break me, but I finally wrestled it into submission. It's a pity I can't drink because if I could, I'd be three sheets to the wind right now!