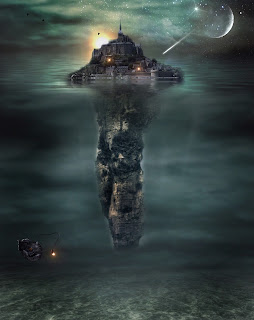 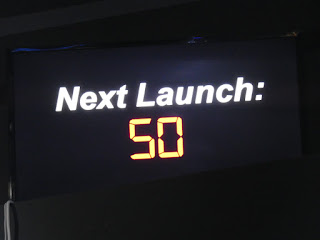 Leah and Dale followed Marc, Lleu, Miro, and Robert through the gates of the castle. Initially, it appeared that Dale might be correct in his assessment that the place was unoccupied, but Leah felt that it was too well-maintained. She didn’t have time to give the matter further thought, as when the group entered the tower, their startled eyes beheld a control panel and a digital counter. The door closed and locked behind them, and a computerized female voice began counting down from fifty.

“Holy crap, this tower must be a rocket!” Marc announced, his voice a good octave higher than its normal register.

“Marc, at this moment I am finding your gift for stating the obvious far from charming,” Leah snapped. “I don’t suppose that any of you gentlemen might know how to stop this thing from completing its countdown. Lleu, before you open your mouth, zip it. I’m aware that as a not particularly bright revenant from the thirteenth century, you wouldn’t have any idea what to do with this equipment.”

“I’m afraid your guess is as good as ours, Leah,” Dale said with a shrug. “Marc and I are spies, not rocket scientists.”

“I’m a high school gym teacher who probably no longer has a job,” Robert revealed.

“Very well, I will try,” grumbled the disgruntled Voodoo priestess.

“I for one believe in Leah,” Marc declared. “Provided she did exactly as instructed, she should be able to get it right.”

This prompt sparked the creation of the first two chapters of Castle Necros, the new WIP which will become the sixteenth installment in Naughty Netherworld Press' Carnal Invasion series.
Here is an introduction to the characters.
Leah La Sirene is a 60-year-old Voodoo priestess from New Orleans. One cannot miss her striking vermillion afro.
Lleu Redgrave is a vampire born in 1212 who is hung up on his creator, the vampire sorceress Paraji.
Dale Dicking and Marc Cumming are both agents from the super top-secret Alien and Supernatural Search Squadron.
Miroslav Korošec was an exchange student from Slovenia during his and Robert Cody's junior year in high school. The pair developed feelings for each other at that time but drifted apart. They have been happily reunited fifteen years later.