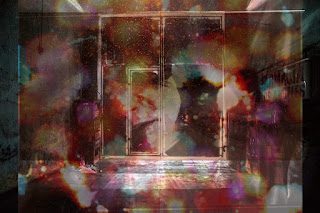 how can one so small
make a difference at all?
I fear all is lost

Fair warning that the explanation for the tidbit is longer than the tidbit. If you are the sort of nerd who enjoys reading about creative processes and what was going on in the author's fucked-up brain, you may enjoy this. If you prefer it when authors shut up and just tell the story, you'll probably want to give this mess a miss.

It may seem a massive--nay, an outlandish and well-nigh unforgivable exercise in utter laziness for me to repackage this poem which I published just yesterday and publish it again for Tidbit Tuesday. However, I have my reasons beyond laziness for duplicating and re-routing this little gem. You see, my muse has returned and I am inspired! The many wild, free-roaming chapters of Fetch are finally being corralled and structured into novelettes or novellas. I don't rightly know which yet. That will be determined when the manuscript is complete.

Each novelette or novella begins with a poem, and this is the poem that kicks off Book One. The artwork, which may or may not end up serving as the cover for the book, was created by Yours Truly using Pixlr. No credit is due to Photoshop, which I used to use exclusively, but Adobe is scummy and is making it so people like me, who have older versions of Photoshop, are not able to access those versions because they want to strong-arm everyone into paying monthly blood money for Creative Cloud. As our hero, Gerry Clifford would say, "fuck that shit." Although it would sound more like "fook that shite."

The November PAD Chapbook Challenge prompt for the day requested a Persona poem, and I was stuck. Then I thought of Team Netherworld's beloved protagonist, Gerry Clifford, and decided to let him take over and write a poem that sums up his personality and motivation in just a few words.

Fetch is an Irish term for an apparition of a person who is still living. Gerry's body is alive, but his brain is severely compromised, and so his spirit is starting to make more frequent astral excursions.

Fetch is the flagship story in Team Netherworld's Yadira Chronicles, and Gerry Clifford is its male protagonist. When Gerry's cognitive abilities became too deteriorated for him to remain at home, his wife, Anne, had him placed in London's Candlelight Ridge Care Center for Memory Loss. On his first day in the center, Gerry encountered Yadira Root, who presented herself as a kindly older woman volunteering her heartfelt help but who was, in fact, a daughter and high priestess of Nyarlathotep.

To Gerry's horror, he discovered that the residents of Candlelight Ridge were being targeted by a malevolent hive entity which appears as flashes of brilliant multicolored light. It quickly became apparent that the entity had a particular interest in Gerry and was biding its time for reasons he couldn't understand.

Upon fleeing the entity, Gerry found himself in the presence of Pepper Baiij, a troubled caregiver working with memory-impaired patients in an assisted living facility thousands of miles from England in Ransom, Kansas. Pepper had strong psychic abilities. She had been devastated to hear of Gerry Clifford’s diagnosis. His band, Mainline, was a longstanding favorite act of hers.

We have enough Fetchy material for several books. We doubt anyone else is excited as we are, or, in fact, gives one single fuck. We don't care, we give a fuck and are going to unleash our words on the world regardless.

Nyarlathotep is the creation of H.P. Lovecraft. Everything else in this post can be blamed on Team Netherworld.