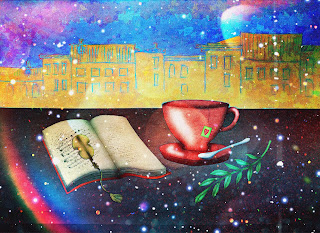 Image by Виктория Бородинова from Pixabay

Genre: General Fiction
(The work that this will become part of is paranormal/sci-fi)

Full critique accepted providing you agree to use the Hamburger Method.

Here is the kind of critique that is acceptable:
"I liked it when Paul told the roaming fishmonger that he wasn't interested in buying week-old fish. I am a bit confused as to why you are mentioning the fishmonger since he doesn't appear in the story. The fishmonger seems like an interesting character."

This is the kind of critique that is not acceptable:
"I don't usually read about farty old bastards reminiscing about their bygone youth, and I really don't care that Paul is sad about Gerry losing his memory. Paul seems really immature for a guy in his fifties, and I don't care about his wife either."

As Paul Clifford drifted off to sleep in the early hours of Valentine’s Day 2015, he dreamed of the unseasonably warm Valentine’s day in 1981. The then 27-year-old guitarist had been booted from the house by his wife with a kiss on the cheek and a swat on the backside as she told him to go walk off his nervous energy before it rubbed off on their five-and-a-half-week-old daughter. Paul promised Sophia that he would be back in time for their date that night. He jumped on his bad motor scooter and rode from the couple’s home in North Wembley to the Crouch End suburb where he had lived from 1963 to adulthood.

“Bloody place has changed so much,” Paul mused as he parked his scooter in front of La Parisienne Café on Wisteria Avenue. Paul entered the café and asked if he could use their telephone. After ringing up his brother, he asked if he could take tea on the terrace. The proprietor, a doughy, middle-aged, olive-skinned man with wild waves of black hair, a welcoming smile, and a warm Greek accent invited Young Sir to have a seat wherever he chose.

When Gerry stepped out of a cab an hour later, he looked rather the worse for wear. Paul hailed from the terrace with a sunny grin.

The proprietor led the bedraggled Gerry to the table and procured a teacup.

“Could I have coffee instead, Mate?” Gerry inquired. “Black, very strong.”

The affable gentleman returned to the interior of the shop.

“Funny pair, them,” he remarked to his brother. “Same size, similar faces, I am thinking them to be brothers or half-brothers. But the one is so sunny with his shining golden curls, and the other looks like he just crawled out of a tomb.”

“I think the dark-haired one is nursing a hangover,” the tall, slender brother observed. “You and I are a funny pair when you think about it. We are the Laurel and Hardy of pastries, the fat and the thin.”

Both brothers laughed, and the plump brother brought Gerry his coffee, walking in on the middle of a mild dispute.

“Why the bloody hell are you sitting on the terrace in the middle of feckin’ February?” Gerry demanded, shivering as he pulled his jacket around himself.

“Ain’t my fault yer a feckin’ vampire what can’t tolerate the sun. Don’t be a cunt.”

“And don’t you be a right boor in front of this chap,” Gerry admonished, lighting a cigarette.

“Pardon my language,” Paul said, turning to the proprietor. “We’re brothers, and sometimes…”

“Yes, yes, this I know,” the proprietor laughed. “I work with my brother, the skinny broomstick behind the counter. It is funny you mention you sit on terrace. My name, you see, is Taras Tarasios. My brother is Xavier. We welcome you into our shop anytime. Will you young gentlemen be taking lunch today?”

“Yeah, Mate, that would be good,” Gerry agreed. “Bit of a bender last night, I’m afraid. Probably ought to get something other than coffee in me. Nothing too heavy, though. Annie would have my head if I slagged off dinner tonight ‘cause I ate too much lunch.”

“Maybe we could split something,” Paul suggested. “Bowl of soup apiece, then a sandwich to share. Whatever you’ve got on special, Mr. Taras.”

“Well, he ain’t had a seizure in twenty hours, so I guess he’s arite,” Gerry said. “Are you sure this bird you’ve hired to watch the kiddas tonight is up to the task of caring for a wee chap with seizures?”

“Well, she ain’t just any bird, she’s a nurse,” Paul replied, looking on with concern as Gerry procured a flask from his coat pocket and poured some of the contents into his coffee.

“Hair of the dog that bit me,” Gerry explained. “You needn’t say anything, Paulie. I’ve got to get this trouble of mine under wraps. I don’t want me son growing up with a drunkard for a father.”

“Gerry, if I was speaking with anyone else, I’d say this wasn’t my business, but you’re the closest person in the world to me, so I’ve gotta ask. Are you happy being married to Anne?”

“Well, who the hell else was I going to marry?” Gerry quipped. “Seeing as I put her in a family way, it only seemed the right thing to do. Don’t start with me, Paulie. Not everyone is so fortunate as you and Sophia, who have a love affair so sickenly sweet it could rot the teeth right out of your head. Not sure I’d want one, really. Wouldn’t be able to concentrate on business if all I could think of was the love of me life. I’d always be dropping clinkers from me guitar like you do these days.”

“Aw, go fuck yourself,” Paul chuckled, lighting a cigarette. “Yeah, I got lucky when I landed Sophia. Never thought a beautiful bird like her would take to a feckin’ ugly blighter like me.”

Paul turned to look at the person shaking his shoulder. He woke to see Sophia’s worried eyes and realized that there were tears on his face.

“You said you wanted me to wake you so you could have lunch with Gerry at the care center,” Sophia said.

Paul sniffled and dried his eyes. Sophia procured a comb and ordered Paul to sit while she combed his thinning hair.

“What were you dreaming about, Love?” Sophia inquired.

“A Valentine’s day years ago when I met Gerry at that café in Crouch End,” Paul said. “Alice and Danny were barely more than a month old, and me and Gerry…well, I was twenty-seven and he was twenty-nine, but we hardly seemed more than kids ourselves. Now he’s forgetting more and more as the days pass. Every day I lose a bit more of me brother.”

Sophia put down the comb and embraced her husband as he wept.

Further Notes:
This piece will become a chapter in the current WIP from this universe, tentatively titled The Ballad of Gerry Clifford. 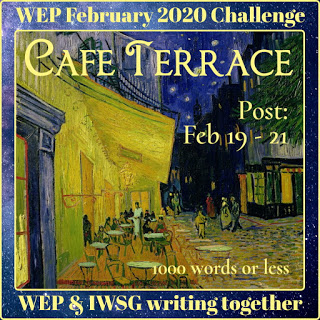 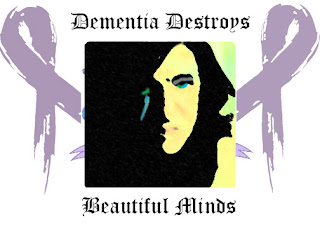 Digital art by me. You are welcome to use it, but please credit me. (Cara Hartley, The Real Cie, The Ornery Old Lady, or even Cie Cheesemeister will do.)

I worked with the geriatric population including many people with dementia for a cumulative of around 25 years. I had to get out of the field when it started to become personal. It's one thing to be a caregiver whose patient has dementia. It's quite another when it's someone you know.