WIP Wednesday: A Walk in the Wild West End 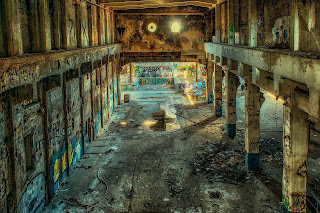 “That’s the thing about this city.”

The crone’s voice was barely audible, but her companion would have known her thoughts even if she had not spoken. From a superficial viewpoint, she was an unremarkable woman of medium height and build with a countenance that none would consider comely.

The crone had cultivated her appearance to call as little attention as possible to herself, her wild gray hair and the deep lines on her face shielding her from the nuisance of having to parry the undesired thrusts of lust from men too thick to pick up on obvious physical cues of disinterest and with egos so bloated with entitlement that even an outright declaration of disgust was met with persistence. Yadira Root had better things to do than engage in demeaning mating dances with would-be rapists.

Despite her attempts to render herself invisible, Yadira possessed a charisma that could not be ignored. The set of her jaw and the look in her eyes revealed that this crone was not someone to be trifled with. Besides, Yadira could never content herself with drab attire. Her dramatic robes were a source of enjoyment for a soul who had known great strife. She was particularly fond of the robe she now wore, which depicted swirling galaxies adrift in the endless Universe.

“What about this city?”

Yadira’s companion was a tall, striking-looking man with long black hair, a swarthy complexion, and angular features. He wore a royal blue suit that befitted his regal carriage.

The pair shared eyes the color of outer space and a powerful, platonic bond. It was apparent that anyone who messed with one would face the wrath of the other. To those unfamiliar with them, they might appear to be a mother and son, an aunt and nephew, or, perhaps, an elder sister and younger brother.

“It’s a rotting corpse and it was even while it lived, Father. This planet is corrupt to its core and its noxiousness continues to leech into the Cosmos. Would that it had been destroyed when the small star caused itself to go nova as it glutted itself on its companion’s energies. Alas, no, Zecor remains intact, bathed in the gamma rays of its dead suns.”

“Oh, Yadira,” Nyarlathotep sighed, putting his arm around his daughter’s shoulders, drawing her close, and kissing the top of her head as he had done from the time she was born. “You have known far more of misery and destruction than anyone should. I am so sorry.”

“There is no need for apologies, Father, you know that,” Yadira chided gently, linking her arm in Nyarlathotep’s. “Well, where shall we walk to in the eternal night? Shall we go to the palace, or should we head for the Ktenology center where the bodies of the foolish king, his idiot followers, and his final victims lay, preserved forever by the peculiar effects of this sepulchral world?”

Note This
This segment is part of the Tales from the Dreamlands/Yadira Chronicles series. It will feature in either Yadira's Song, The Tragic Last Days of Zetar, or both.

Start your story with the line, “That’s the thing about this city…”

Write a story that takes place in the same building but in two very different time periods.

Set your story in a major city that your character has a love-hate relationship with.

In the meantime, if you liked that crap, consider grabbing a copy of the first Tales from the Dreamlands book, Ketil and Yitzy's Adventure in the Xura Dream House. 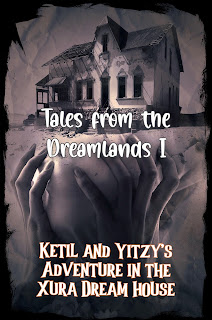 Don't forget to subscribe to the new Naughty Netherworld Newsletter!