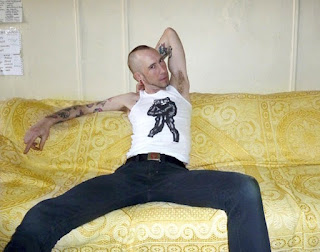 The café began to feel like Pepper’s only real home. It was a place where she could be anonymous and articulate, letting her stories meander from her mind into the notebook that her theatre geek friend Parker had given her when she told him that she wouldn’t be returning to KU in the fall because she was pregnant.

Parker had designed the notebook cover himself. It was a light grape shimmer honoring Pepper’s love for purple. There was a flourish of light blue lace around the border and a little pouch inside for Pepper to store her writing and drawing implements. When Parker handed the notebook to Pepper, he said that it was imbued with magic to bring the thoughts that transpired in her head out into the world so the magic could be shared with anyone who read them.

Where to get the rest of it:

This piece was submitted to Reedsy on June 22. They have approved all but one of my submissions (sometimes I get a little too real), so it is likely to appear there before June is out, but I make no guarantees. Anything that has been approved by Reedsy is free to read. If you like it, a share is appreciated.

Don't want to wait around for Reedsy? Want to give me a tip? The piece is available as a PDF on Odysee for 15 LBC (approximately $0.45.)

An LBC is a form of cryptocurrency. If you don't have an Odysee account, you can get one here.

Going full force into the forbidden reaches of her own mind had at first seemed like a good idea, but as Veruca fell deeper and deeper into a bottomless K hole, she began to seriously wonder why she spent so much of her free time a fucked up mess. Veruca was willing to try anything at least once. If she liked it, she stuck to it like glue. If she didn't, then it got the boot. At sixteen she was living an utter virtual reality, juxtaposed of conflicting multiple personalities, moods and awkward exaggerations. Her body and her mind had developed early, like at twelve, transforming the former fat and nerdy child into a freaky deaky Russ Meyer super vixen.

Where can I read more?

The buy link is in the dedication portion of the post.

This story is dedicated to Walter Cessna (July 24, 1970 – March 15, 2017), a beautiful soul whose life was cut short by AIDS. I’m glad that I had the opportunity to know him and wish that I had been able to know him better.

Walt said that I inspired him to put together his book, Fukt 2 Start With. I am so pleased that I encouraged him in this endeavor. His words live on here. http://bit.ly/Fkt2SW

I encourage everyone to take the chance and get to know a wonderful soul.

You can also read more about Walt in this 2012 interview.

There is also a mention of his death in Queerty. The comments are pretty toxic and absolutely undeserved, and I wish an epic infestation of crotch lice plus MRSA of the rectum on those who felt the need to be so entirely hideous.

I was also inspired by watching the documentary of Howard Ashman, the playwright and lyricist who co-composed the lyrics for several of Disney’s classic movies including Aladdin, Beauty and the Beast, and the Little Mermaid. He also wrote the screenplay for Little Shop of Horrors (1986) and contributed two of the songs.

I had one of those weekends where I almost stopped writing for good because I feel like it isn’t leading anywhere. But I think that perhaps Walt wouldn’t want me to do that, so I’m going to give it another chance even though I am feeling very discouraged by life right now.

For anyone who wants to give the old “you’re just a baby beginner, success will come with time” spiel, don’t. I’m not a “baby beginner.” I’m 56 years old and I’ve been writing with the intent of being a published author since I was a teenager. I have several published books.

I don’t think that I’m a bad writer, my style and subject matter simply don’t have popular appeal. I’ve tried to force myself to write popular appeal stuff. It never works. I always go back to writing what I like to write.

I also have a quirky and somewhat abrasive and defensive personality. My self-esteem is shaky at the best of times, I have ADHD (and no, I don’t want to medicate it) and my baseline mood is moderately depressed (I have no desire to medicate that either, particularly since all the medications I tried for it made me manic, psychotic, or both.)

What I do suck at is promotion, but I don’t have the budget to hire someone to do it for me.

At this point, I keep writing because when I try to quit, I also quit everything else. Like cooking, washing the dishes, and housework, such as that is. The one thing I may suck even worse at than I do at promotion is housework.

The story is autobiographical, albeit with a great deal of artistic license taken.

So, there you have it—a fractured story with broken characters written by a shattered spirit and dedicated to a beautifully flawed soul. Enjoy or don’t. I can’t make the decision for you.

The Sad Café is a song written by Don Henley, Glenn Frey, Joe Walsh, and J. D. Souther about music club the Troubadour in Los Angeles, and all the musicians that would be hanging around there at night, singing together. It was performed by The Eagles, appearing on their 1979 album “The Long Run.”

Write a story about somebody reminiscing on an event that happened many summers ago.

http://wewriwa.blogspot.com/
I will be getting back in the swing of things with Roost Recommendations this week!
- June 27, 2021
Email ThisBlogThis!Share to TwitterShare to FacebookShare to Pinterest
Labels: Fetch, galaxy girl, gone but never forgotten, MFRW Book Hooks, rainbow snippets, snippet sunday, weekend writing warriors