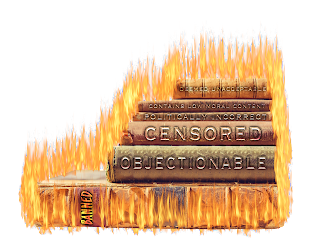 Note: This post contains profanity. If that is a problem for you, please don't continue reading.

You may wonder what this post has to do with the Insecure Writer's Support Group. I argue that freedom of speech is something all writers should be concerned about, and that is why I think this post is appropriate.
Tumblr shadow-banned my slightly naughty Supernatural fan blog.
Not for filthy, filthy Wincest pictures, like you might think. You actually have to go to about the 13th page to find an even remotely NSFW image.
Nope. I can’t publish or reblog anything to this blog because I was being snarky about Tumblr becoming a kid-friendly playground instead of a platform for adults.
I’m moving wincestshippingtrash to nibblebit, a platform that is similar to Tumblr in the way it functions, and which is a platform geared to adult bloggers. Which is what Tumblr used to pride itself on, but now that they've sold their souls to Yahoo and Verizon, they're trying to present themselves as family friendly. Heck, a lot of the stuff that Tumblr was proud to allow was too rich for my blood, and I'm the founder, editor, and co-writer of the very torrid tales at Naughty Netherworld Press. If I'm nope-ing out because it's too raunchy, you know that shit's raunchy.
Here’s what’s funny. I have blogs on Blogger which I’ve deemed NSFW, even though most of them only contain harsh language. I flag these blogs as “adult” and when people type in the URL, they come to a notice which says “material on this blog has been flagged as only appropriate for adults. Do you wish to continue?”
Tumblr has something called "safe mode," which prevents adult-flagged blogs from appearing in searches. Wincestshippingtrash was flagged as “adult” by me. It shouldn’t appear in Safe Mode, like, ever.
But it wasn’t even adult content that got the blog banned. It was the fact that I was being cheeky to Tumblr Staff, and they couldn’t deal.
I may be a mess health-wise at this point in my life, but I would fight to the death to preserve freedom of speech. I think that what Tumblr is doing is some East Block level shit. I guess we’ll see how long my primary Tumblr blog remains active what with me speaking out against the Evil Empire this way.
Also, what is this “female presenting nipple” bullshit, Tumblr? To me, that’s sexist AF.
Tumblr looks the other way when it comes to cyberbullying, including telling people to kill themselves or death threats. It's okay to call someone a "fat, ugly cunt," apparently. It's okay to promote violence by encouraging people to "punch a TERF." But Heavens forbid someone shows a bit of butt crack or a "female presenting nipple." 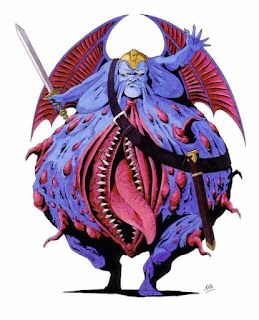 Folks have been circulating this around Tumblr to see how long it takes for it to get flagged. This is how ridiculous things have become.
Tumblr will either do what Blogger did a few years back and backpedal on their decision to ban adult content when they saw that their longtime users were leaving in droves, or they will become a wasteland like Myspace.
Nobody (well, nobody who shouldn't be in jail) wants child porn. The way to deal with that problem is not to ban all adult content. It is to remove the blog presenting it from public view, and do not delete the content because the FBI and Interpol will need access to it, but report the content to the FBI and Interpol.
Again, freedom of speech is an issue which every writer needs to be concerned about. There are a lot of things which I find offensive, and there are a lot of things that I'm just plain not interested in. However, I believe it is appropriate that even things I deem offensive (such as Stormfront) are allowed a platform. If they go underground, they become even more dangerous. If they are allowed to spout their rhetoric, it is easier to refute them, and also easier for agencies such as the FBI to keep an eye on them.

Tumblr really screwed the pooch with their blanket adult content ban. This pooch. It is not a happy camper and is coming back to bite them on the ass.

~The Cheese Hath Grated It~ 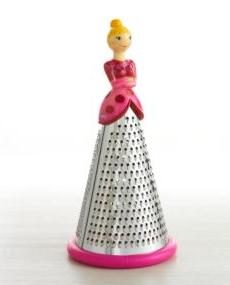