Working With the Enemy 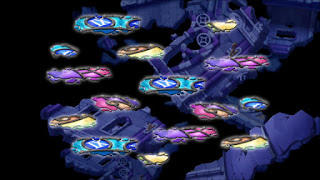 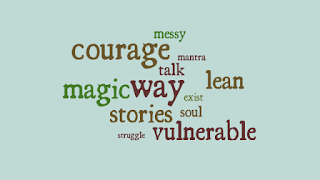 Ahmose snarled, baring his fangs, and pulled his hands away.

“I would rather eat my own hand than work alongside someone like you!” he spat.

“Ahmose, please,” Bernie soothed, wrapping his arms around Ahmose. “I can’t say I trust or like him either, but something isn’t right. Not only do things just feel wrong, but I’ve been looking through these security screens.”

“My beautiful nerd boy,” Ahmose declared, giving an uncharacteristically nervous chuckle. “He can’t resist touching the tech. So, what have you discovered, my love?”

“Fucking hot in here,” Gregory complained, fanning himself with an empty cookie bag. “Is there a fan that you can turn on by chance?”

“I think it’s this one,” Mondo Katou mused for a moment before flipping a switch.

“Well, lucky you didn’t leave us all in the dark, I suppose,” Ahmose quipped. “Not that I’m sure it does us any good. You’re sure this is the monitor for the outside of the base, Bernie?”

“Positive. Those things that look like jewel shards floating in space are what appear to be outside. I heard rumbling a few minutes ago and was expecting to see rain, but…”

“Maybe it’s a screen saver,” Gregory suggested. He was clearly beginning to panic as he toggled the monitors.

“Hey, Gregory, it’s all right,” Ahmose said, gently but firmly gripping Gregory’s hands. “Come on, let’s focus on something else for a minute. What was the last song you remember hearing?”

“It was Amy Winehouse,” Gregory replied, sniffling as bloody tears began to run down his cheeks. “My girl Amy. Theo and I had taken his latest project out for a spin, and I plugged in my new MP3 player. Amy was singing “I’m No Good,” and we were riding along in Theo’s tricked-out 1910 Whiting Runabout. He did such a good job on it. You’d love it, Ahmose! But then this storm came up, and I guess we must have had an accident. I remember that everything went dark, and I was rolling and tumbling through storm clouds. There was such a strong smell of roses…oh, God, Theo gave me roses the first time we…oh, hell, I don’t even know what’s real and what’s a dream! Is my soul in hell because of my sins?”

“Gregory, we must have courage,” Ahmose insisted. “Things are messy at the moment, and whether it is magic or technology which has us in this predicament, I don’t know, but I am certain of one thing. We exist, in the flesh. We need to see if we can make our way around the base and hopefully find some of our companions. I know you feel vulnerable. Hell, I’m scared out of my mind. But you can lean on me and Bernie if you start to struggle. We’ll talk, we’ll say a mantra, we’ll tell stories, we’ll sing songs. Whatever you need to do to get through, that’s what we’ll do.”