The ghost and his alien friend stood before a squat house which vaguely resembled a toadstool with its overlapping roof. Behind them, they could hear the lapping of waves on the shoreline of a beach littered with debris and decaying fish. All around them in the gloomy twilight, they could hear the tittering of ghouls. The air reeked of putrefying flesh.

“Shall we enter this structure, Ketil?” Yitzy inquired. “I cannot say whether it would allow us safe  harbor from the potentially nauseating odors in this unpleasant environment, but I believe it shall take us to the next point in our destination.”

“Yithian, make no mistake, I am most grateful for your assistance,” Ketil declared. “Only I have a curiosity to know why you have taken it upon yourself to join me in my potentially fruitless quest.”

Notes:
This snippet comes from Team Netherworld's WIP "Ketil and Yitzy's Adventure in the House of Lost Dreams." This will be the first published installment in our flagship series, "The Yadira Chronicles." It is slated for publication in early 2020.

Ketil Nagel is the spirit of a Swedish extreme metal musician who sacrificed himself to the vampire goddess Mormo on June 6, 1991; his twenty-fifth birthday. 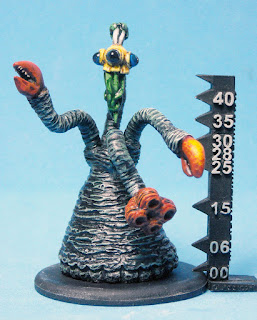