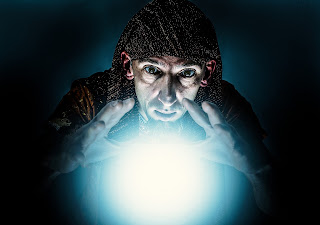 The Notes
This piece ties in with my Urban Nightmare story. You can read that one by following this link: https://www.naughtynetherworldpress.com/2020/06/west-holpry-urban-nightmare.html

Content warning for profanity and snarkiness in case anyone is on a low saltiness diet.

This is Cthulhu Mythos/Lovecraft Mythos fiction. So, if that sort of thing really is not your bag, Baby, don't read it.

On with the show!

From the long shadow of a dimension outside Euclidian space, a group of human spirits watched as a white-haired sorceress with skin the color of lightly tanned leather railed at the spectre of an imposing-looking man with silver hair, a slate-colored complexion, and impressive pointed ears. A dark-haired, angular man with Middle Eastern features sat on a throne, watching the proceedings in amusement.

“Idiot!” the sorceress snapped. “You destroyed your entire solar system with your clumsiness! You are the most incompetent excuse for a ruler that I have ever had the displeasure of dealing with. You are no monarch, Qweh. You are a goon combined with a jester posing as a king. Curse the day that your equally inept father succeeded in summoning my father and me. Damn this curse afflicting my weary soul!”

“I did not realize that you bore the burden of a curse, Madam Yadira,” the stately drow king interjected solicitously. “Perhaps I can assist you in breaking your curse to atone for my folly. Can you tell me the nature of said curse?”

“Moron! You could not assist me in sewing a serviceable quilt! The curse I speak of is in my very blood. I am a witch, but no ordinary witch. My mother is the lost Queen Nathicana, the benevolent sorceress who once presided o’er all of space and time. My father is that peerless commander of the cosmos seated upon yon throne—the mighty Nyarlathotep Himself, who, in His mercy, has spared you from my wrath. For my own part, I would have incinerated you to a single ash and ground the remains to dust beneath my boot. It is my immovable opinion that you are vermin and will only spread the plague of your ineptitude to any world you blight with your odious presence.”

Nyarlathotep held a jar containing sparkles of multicolored light. Although the lights were visually appealing, they exuded unsettling, malevolent energy. In the long shadow between dimensions, the spirit of a handsome, flamboyant bald black man grimaced and turned away, rubbing his temples.

“Henry, you all right, Mate?” a small Caucasian man with elfin features and shoulder-length hair the color of black coffee inquired.

“Bish, don’t worry about me,” Henry replied, his accent identifying him as being from the New Orleans area. “I just been sensin’ the motivations of that weird-ass, wrong-ass, wicked-ass Lite Brite for a few too many minutes. Those little fucks think they bad, but they just plain ugly to the core. I’ve known e coli that were more pleasant than that collection of ectoplasmic vomit.”

“Yah, they is a real can of worms,” said a tall, pale Scandinavian spectre with straight flaxen hair flowing to his mid-back. “They has no organization for their motivation, and they is stupid as mud. In the life where we knowed them, I thought them such colossal idiots that I wondered if one day they would forget to breathe. Their only desire is to lick Qweh’s arsehole, from which they think the sun and moon shines.”

“Right you are, Ketil, and Qweh ain’t the brilliant visionary they believe he is,” the small man agreed. “They think he’s a genius, but he’s just a big wanker. Bloody king of the wankers he is.”

“Yah, but you know who else is a jerkoff?” Ketil speculated. “Fucking Nyarlathotep and Yadira. They could stick Qweh into that jar with his fellow jerkoffs and let them make a daisy chain and jerk each other off for eternity and not make a bother for innocent souls again. But they shall release the entire fuckery, partly because of some bullshit about the cosmic order, but mostly because they are cunts.”

“We can discuss their cuntiness later,” Henry suggested, putting a hand on each of his companions’ shoulders. “For now, Babies, let’s hush and listen. We need to know what Yadira wants with Gerry, and we don’t want them to hear us.”

“How could they hear us, Henry?” Gerry inquired. “We’re between the bleedin’ dimensions. Anyway, Qweh has his head so far up his arse that when he farts, he thinks he’s hearing a brisk gust of wind blowing through the trees.”

“Boyfriend, I’m going to pretend you didn’t just say something so dense,” Henry sighed. “I couldn’t give a rare rat’s ass about Qweh. He isn’t paying attention to anything but the fact that Yadira Root, the witch who makes time her bitch and commands the cosmic forces like a five-star general is chewing his ass up one side and down the other, while her father, the big bad trickster god from beyond the stars, is holding Qweh’s moldy crew of sycophants hostage in a jar. I do not want Nyarlathotep or Yadira to become aware of our presence!”

“Yah, let us learn what we has comed here to learn,” Ketil agreed.

“You weren’t supposed to kill the thief,” Yadira railed at Qweh. “You were supposed to allow him to hone his skills under your sister’s tutelage. He possessed the dormant ability to form pathways in shadow and to mold shadow into living creation. I needed him alive!”

“A triad of pardons, Madam Yadira, but if you had but let me know that the thief must be spared…” Qweh started.

“I didn’t let you know because you would have telegraphed the fact that Serab was being groomed for a special purpose,” Yadira explained. “Once your sister realized the magnitude of his mission, she would have channeled her magic into awakening his dormant abilities and asked him to use his powers to spirit them away to who knows where.”

“Begging your pardon, Madam Yadira, but she did spirit him away…”

“Yes, she spirited him away in spirit after you murdered him, you dunce! Father, release this bungler’s useless companions and let them be on their way. At least we know that Qweh will lead us to Serab whenever and wherever he may reappear.”

“The actions of raving megalomaniacs are indeed predictable,” Nyarlathotep agreed. 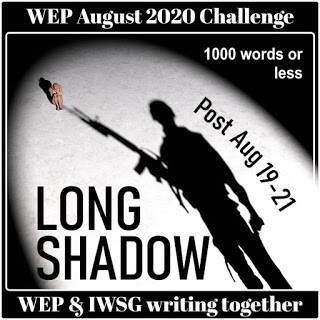 Nathicana is a character appearing in H.P. Lovecraft’s 1927 poem of the same name.

All other characters are the intellectual property of Team Netherworld Creations/Naughty Netherworld Press.

This piece was created from the August WEP prompt Long Shadow and the Reedsy Weekly Writing Contest prompt “write a story about a meeting of a secret society.”

Find him in his very own debut adventure along with his extraterrestrial pal Yitzy Yithian and ghoul-friends Robin Roberts and Little John Tamboli. Can this quartet of misfits outfox Nyarlathotep before time runs out? The fate of the cosmos depends on them!

Buy the PDF from LBRY for 75 LBC (approximately $2.25)
https://lbry.tv/@naughtynetherworldpress:d/ketil-and-yitzy-xura-dream-house-adventure:7

This post was submitted to https://blog.reedsy.com/creative-writing-prompts/ on 16 August 2020 for consideration in the weekly writing contest.

The official post was published on 19 August 2020 at:
http://www.naughtynetherworldpress.com