First Chapter Friday: Toys in the Attic: From the Dark Past: Project Elysium 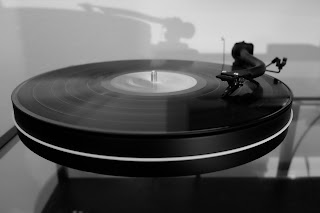 Suffering from writers’ block, as she had been for close to a year now, sixty-year-old hopeful author Sabella Laaksonen was listening to an album called Project Elysium that her friend Tio Monday had given her, hoping to find inspiration in the lyrics. Tio described the music as “a gang of Cajun and Creole tunesmiths jammin’ by whatever dey has on hand. Every cat and chick on de Paradise label is on dis album. You gonna hear Rey play de organ and yours truly got his hands on a Qilaut. Dis be a drum from Iceland. It got a handle for carryin’, so I be jumpin’ all around and keepin’ de beat! Now, I warn dat I do not necessarily keep de time like a metronome, but what I lacks in rhythm I makes up for in merriment, yes ma’am.”

Sabella smiled at Tio’s enthusiasm. However, her amusement at her friend’s exuberance was tempered by the knowledge that part of him was always wishing that each day would be the day that he would take the last steps in his current incarnation and at last go to join the beloved brother who had been dead for exactly as many days as Sabella had been alive.

“I let you go to your writin’ now, Miss Sabella, an’ I go home and try an’ sleep afore de witchin’ hour. But if I ain’t able to sleep, I has me a new recipe for Sunday Supper Club. Dat sucker Gene ain’t gonna be able to tease me dat I can only make a cake from de box no more. I find me a recipe for a sour cream fruit tart dat don’t look too difficult-like, an’ I’m gonna try it. If I ain’t fixin’ to spit it out after a bite, I’ll let you try too.”

“I’m sure it will be wonderful, Tio,” Sabella encouraged. “And if you don’t make it tonight, come by tomorrow afternoon and we can try making it together.”

The Blurb
When 60-year-old nurse Sabella Laaksonen takes early retirement and buys a house near the remote Vermont lake where her family spent their summers during her childhood, she hopes to finally get serious about becoming a writer.

Teodore "Tio" Monday is a 93-year-old Cajun blues musician who was part of the successful New Orleans-based band Blue Mondays along with his brothers Solomon (Sol) and Reymund (Rey). Rey died on the night that Sabella was born, and Tio has maintained Rey's house at Dark Lake in pristine condition since his brother's death. Rey would only permit the sale of the house to the right buyer, and Sabella is that buyer.

Sabella befriends Tio, who introduces her to the music that he and his brothers created and regales her with stories about his history with Paradise Studios. Sabella wants to write the history of the musicians involved with Paradise's Project Elysium. What she learns reveals a shocking connection between herself and the long-dead Rey Monday and places her in unexpected danger from malevolent unearthly forces.

Buy the complete chapter on LBRY for 15 LBC
https://lbry.tv/@naughtynetherworldpress:d/Toys-in-the-Attic--From-the-Dark-Past:a

LBRY is a decentralized content marketplace. An LBC is a form of cryptocurrency. It is worth approximately $0.03.

The Notes
This has been a very busy week, and not entirely in a good way. I was involved in a rear-end collision on Wednesday. My rear end was not at fault, nobody was badly injured, and the car is still driveable, but now it will need to go to the body shop. They always make it sound like you get the rental free and clear, but that really isn't the case. Anyway...

I'm learning the ropes with the MFRW Book Hooks Blog Hop (https://mfrwbookhooks.blogspot.com/). I'm used to Weekend Writing Warriors (http://wewriwa.blogspot.com) and Snippet Sunday (http://www.facebook.com/groups/SnippetSunday) where you share a few sentences. The Book Hooks crowd seems to be sharing entire chapters. So, I'll have to beef up the word count a little on my next Book Hooks share.

There were a few blogs on the MFRW hop where I tried to leave comments, but I'm unsure if the comment went to a moderation queue or if it was eaten by an overzealous Spam filter.

McKenna Dean (http://mckennadeanromance.com/bishop-takes-knight-is-a-prism-award-winner-mfrwhooks-mfrwauthor-giveaway) wanted to know what kind of heroine I prefer. I like heroines who are realistic. I prefer snarky old broads in their middle years on up. Kind of like Annie Wilkes but without the homicidal tendencies. Dolores Claiborne is a good example of the kind of heroine I like to read about. The older I get the more I want to read about gritty, imperfect people rather than young hot hotties doing hot stuff hotly.

If you like reading about gritty heroines whom life hasn't been very kind to, you can grab a copy of Dolores Claiborne here. https://amzn.to/2E1BpZm This is an affiliate link.

Cross-Posted to these Locations
http://www.naughtynetherworldpress.com