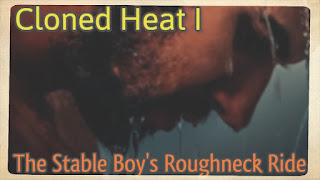 When Pingucury raiders attack their rig, hunky roughneck clone foreman Iker and his equally buff pal Peregrine are forced to flee. While seeking shelter, the friends encounter Ohannes, a sweet and submissive pleasure clone who offers them shelter.