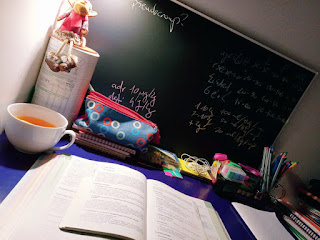 Gigi Hibbert assembled her planners, her calendars, her pens, pouches, and post-its before her on the desk and stood over them like a general surveying maps. It was sizing up to be another sleepless night, and the former schoolteacher supposed that it was a good time to work on her Christmas cards. The wind howled angrily outside the apartment, and when Gigi looked out the window, she could barely see the streetlamps across the way.

Gigi expressed gratitude for her cozy home and said a little prayer in hopes that the power would stay on. She wasn’t sure that the prayer reached anyone, but she couldn’t say that it didn’t either. At a hundred and eleven years of age she had, as her twenty-seven-year-old great-great-great grand-nephew Jay Micheal said, seen some shit in her time.

As the oldest resident of Trinity Retirement Community, the city of Lawrence, and the state of Kansas, and one of the oldest citizens of the United States, many friends and family members had passed on before Gigi, and some of them came to visit her.

Gigi supposed that a lot of people thought that she was just a crazy old woman believing that ghosts came to talk to her. Michaela Oakley said that the visitors were demons and that Gigi had best be careful lest she find herself dragged to hell one night.

Gigi shrugged off Michaela’s prattle as stuff and nonsense, although she herself believed in the existence of demons. Michaela was the sort of puritanical old prude who believed that women should not wear trousers, even women whose jobs made the wearing of dresses impractical. Gigi knew full well that the staff at Trinity groaned whenever they received a call from Michaela. She tried not to be the sort of resident who inspired groans from the staff.

As far as Gigi could tell, the staff at Trinity liked her. Pepper, the aide who was working tonight, helped her with her showers on Mondays and Wednesdays while Qiana helped her on Saturdays. Qiana was a big, bold Southern black girl in her mid-thirties who laughed loud and said what was on her mind.

“You ain’t no bigger than a little birdie, Miz Gigi!” Qiana proclaimed. “Yes ma’am, y’all skin and bones! You promise me you gonna eat hearty at mealtime so’s you don’t up and blow away!”

Pepper was a large white woman in her mid-forties who was clearly uncomfortable with her appearance. She had a round face and her complexion problems led Gigi to believe that Pepper was the kind of person who would never be thin no matter how little she ate. Having talked with Pepper at length, Gigi was aware that people saw it as their business to scold Pepper about how much she ate without knowing how much she really ate.

“People need to learn to mind their business,” Gigi told Pepper one night when Pepper was tucking her into bed. “We all different. You be just fine with me, Honey. Now, you won’t be surprised if old Gigi comes out and chats with you girls later, will you? Don’t go mistakin’ me for no ghost—I ain’t dead yet!”

“If we’re at the desk, you’re always welcome to chat with us,” Pepper invited. “Come on down!” 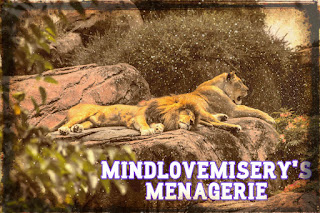 https://mindlovemiserysmenagerie.wordpress.com/2021/01/15/first-line-friday-january-15th-2021/
This is a chapter from my WIP, The Key of Eidolon, which is the second book in the Tales from the Dreamlands series. If you enjoyed this chapter, please consider picking up a copy of Ketil and Yitzy's Adventures in the Xura Dreamlands.

LBRY is a decentralized content marketplace. I price the PDF versions of my work at approximately half of the Kindle price because I receive the entire amount rather than a royalty percentage.
You can get a free LBRY account through this link. You can earn LBC for viewing content on LBRY as well as from selling your content.
https://bit.ly/LBRYCard
I'm on a mission with no permission. You can support me on LBRY.
For weird and wonderful stories Netherworld style, slide on over to the official Naughty Netherworld Press channel.
https://bit.ly/nnpLBRY
For a unique poetic experience, take a break in LBRY's finest poetry tea room.
https://bit.ly/ponLBRY
Most of my work is free. A tip as small as 5 LBC (approximately $0.15) really helps, and it all goes to me.
For more information about getting the best from Naughty Netherworld Press, follow this link:
https://bit.ly/morennp

- January 17, 2021
Email ThisBlogThis!Share to TwitterShare to FacebookShare to Pinterest
Labels: sunday sample, Tales from the Dreamlands, the key of eidolon, WIP