Caged Birds: An Unstable Base 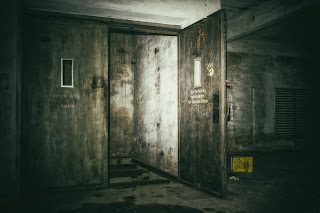 “You aren’t worried?” he asked.

“Nein, Schatzi,” she replied, shaking her head. “Down here in the dark in our little bubble, we are quite safe. They will not harm us so long as we help guide them down the path to recover their companion.”

Dr. Nagel turned on the microphone which sat on her desk.

“Continue straight down the corridor, Gentlemen,” she advised. “You will find me at the back in my office. I am quite happy to answer all of your questions.”

Ahmose was the first to enter the office and was quickly flanked on either side by Bernie and Linus. He was followed by Gregory, Mondo Katou, past Theodoric, Henry Holst, and Paulino. Ahmose swallowed hard and glowered at Dr. Nagel, attempting to appear intimidating in spite of feeling as if every fiber of his body had turned to jelly.

“Madam, I have the feeling that my companions and I have been trapped in the Never-Ending Story from Hell, and I do not appreciate it one bit,” Ahmose snapped. “We have been traumatized both physically and psychologically by a pernicious sociopath to whom I have a strong suspicion that you are connected. Katou, you referred to this woman as Dr. Josefine Mangler, but I know that isn’t her real name. She asked her test subjects to refer to her as Dr. Aphrodite, but that isn’t her real name either. Her name is Ingrid Nagel.”

“Well done, mein schatz!” Dr. Nagel praised, clapping her hands. “You always were extremely bright, Ahmose, but so full of limiting moral and ethical codes. How did you become aware of who I am?” 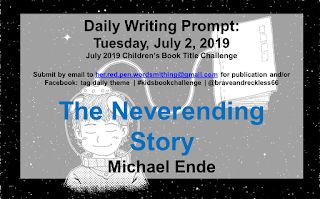 Notes:
The novella that this chapter is excerpted from is still slated for publication today.  Be sure to watch for it!
In the meantime, check out Naughty Netherworld Press' most recent book!