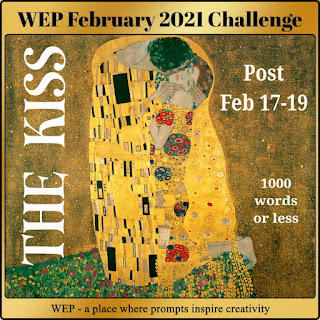 Pepper was filled with conflicting emotions. The dowdy, forty-seven-year-old nurse’s aide had been dismayed to learn that one of her longtime heroes, blues-rock guitarist Gerry Clifford, had been placed in a care home in London’s storied Crouch End borough. At just sixty-two years old, Gerry had been diagnosed with dementia.

Pepper always thought that Gerry was sweet and smart, and she felt that what was happening to him was terribly unfair. She wondered if he was frightened. She knew that she would be. So, she sent a wish into the Universe, inviting Gerry to come to visit her if he felt lonely or afraid. On one hand, she thought this was a foolish thing to do. On the other hand, she was an adept oneiromancer, although she had been trying to avoid the Dreamlands lately.

While working the night shift at Trinity Gardens Retirement Community, Pepper slipped into the employee lounge and dozed. To her delight, Gerry came to visit her. To her surprise, he expressed romantic feelings for her.

“Surely he’s mistaking gratitude for desire,” Pepper told herself. “I’ll have to straighten him out, gently. I can’t let myself fall for him. No more dream lovers—not ever.”

Pepper sat on the dilapidated bed in her cold, squalid bedroom. She found a relaxation video on the computer, lay down, and pulled the covers up around her. Her quintet of cats joined her, curling up beside her. As Pepper began to drift off, she sensed Gerry’s gentle presence.

“What are their names?” Gerry inquired.

“The cats, silly bird. What are they called?”

“They’re called cats,” Pepper responded puckishly. “You said it yourself.”

“Blimey smart-arse,” he teased. “I know you wonder why I like you, but you oughtn’t. You make me smile.”

“I bloody well beg to differ.”

“Are you going to tell me you don’t think I’m fat?”

“I’m telling you that you ain’t an ugly lump. Anyways, ain’t nobody ever mistook me fer beautiful. Why fret about it? If some arsehole can’t see the good in you, they don’t deserve to know you. Why don’t you forget this nonsense and come dancing with me in the Dreamlands? C’mon, take my hand. We’ll be there in a flash.”

All Dressed Up for the Dance

Pepper left her tired body and followed Gerry through the gate that he conjured. They emerged in a modest room at a motel in the Dreamland city of Falona.

“This is one of me permanent residences in the Dreamlands,” Gerry explained. “Take a look in the wardrobe, Darlin’. It don’t lead to Narnia, but you can imagine something lovely to wear and you’ll find it there. C’mon, hop to! I wanna get dancin’.”

“Gerry, I don’t know how to dance,” Pepper protested.

“I really don’t either. That’s the nice thing about bein’ astral. Your thoughts take the lead. You’ve never been dancin’ in your dreams?”

“Then allow me to be your first partner.”

“My only partner,” Pepper corrected. “Once I’ve danced with you, I won’t ever want to dance with anyone else.”

“Well, maybe not a slow dance, but I’m sure that you’ll want to dance other styles with others. Take Paul and David, for instance. Me brothers like to cut a rug. I’d not get jealous if you wanted to do a little tango with Paul or Davy. Each one of ‘em has his own unique style.”

“I just hope I don’t end up making a fool of myself.”

Gerry spun around in front of the mirror and his casual clothes transformed into a sharp tuxedo.

“I have to say, I never imagined you in a tux,” Pepper admitted.

“’Ey, I was capable of bein’ elegant when I wanted to. It didn’t happen often, but sometimes I liked to play fancy.”

“Now it’s your turn. I wanna see what you choose.”

Pepper closed her eyes and imagined herself in a ball gown. She spun around as Gerry had. When she looked in the mirror, she was dressed in an orchid chiffon gown with a full, frilly skirt.

“Are you sure I don’t look like a giant dish of sorbet? I like the color of this gown, but I’m not sure it’s right for someone with my build.”

“Well, I like sorbet, and sherbet, and ice cream, and very recently I’ve discovered that I have quite the craving for Pepper. It’s my very favorite spice. Now, let’s have a little vertical expression of a horizontal desire, shall we?”

Gerry and Pepper walked from the hotel to the grand ballroom. The revelers spun and twirled with ease, and Pepper feared that she was going to wind up as a laughingstock. Sensing her unease, Gerry approached the bandstand and spoke to the orchestra leader. The handsome, olive-skinned man with the slick black hair seemed happy to see Gerry and the pair embraced. Gerry returned to Pepper as the band began to play Artie Shaw’s “Stardust.”

“I ain’t sure me feet are that cute. Anyways, you oughtn’t worry about it. Just let yourself move with the music. Before you know it, we’ll be the smoothest couple on the floor. Close your eyes and move how you feel.”

Pepper closed her eyes and allowed herself to move with Gerry. As the song crescendoed, his lips pressed against hers, and she felt as if the two of them were melting together, becoming one with the music and the Universe.

Dream Lover is a 1959 song written and initially performed by Bobby Darin.

“All dressed up for the dance” is a line from the 1957 song “A White Sport Coat,” written and initially performed by Marty Robbins.

Come Dancing is a 1982 song written by Ray Davies and performed by The Kinks.

Write about a first date that surprises both people, but in different ways. 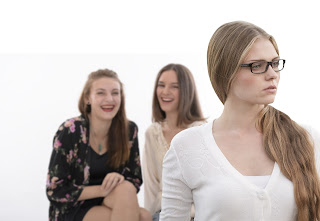