Charity Sunday: In Memory of my Dad 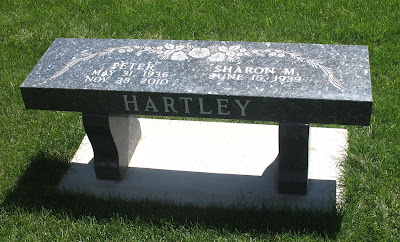 Today is the eleventh anniversary of my father's passing. He had a serious hemorrhagic stroke in 2006. In the following years he had more strokes, developing vascular dementia. During his working life he had been a college professor. Towards the end of his life, he would read and re-read the same line in a catalog. He also developed congestive heart failure. His circulation was so poor that at the time of his passing, his lower legs were purple.
Collier Hospice in Wheat Ridge, Colorado was the second best thing to being able to pass away at home. The room was spacious, pleasant, and quiet. The staff were attentive but allowed for plenty of private family time. On the night before he departed, I read my father A Child's Christmas in Wales by Dylan Thomas. He always read it to my brother and me when we were kids, along with Charles Dickens' A Christmas Carol. I know that in this lifetime, I will never again be able to read A Child's Christmas in Wales aloud because I can't get through it without breaking down.
I will donate a dollar for every comment received on this post to SCL Health in honor of my father.
Link to learn more about Collier Hospice.
https://www.sclhealth.org/locations/lutheran-hospice/services/hospice/
Link for the SCL Health Foundation donation page.
https://www.sclhealth.org/ways-to-give/
I apologize, but NaNoWriMo in conjunction with the November Poem-a-Day Brain-Dissolving Challenge has dissolved my brain and I can't think of an excerpt to post. If you would like to read a gloomy holiday-related poem that will appear in a future anthology, follow the link.
https://poetryofthenetherworld.blogspot.com/2021/11/november-pad-challenge-2021-ghost-of.html
I'm adding in the 28th chapter of my NaNoHellMo project. I'm 1000 words from being able to stick a fork in that fucker. Be forewarned, it's a long read.

Today is the 11th anniversary of my dad’s passing. It was about a half-hour ago that the hospice called my mother to inform her that he was gone. The ringer on my phone wasn’t working so she had to call twice. On the second time she said something hurtful that has stuck with me. She said “you’re never here for me.”

I don’t want to sit too long in this place. My mother is better these days, not as angry any more. However, my parents’ disappointment in me has always been palpable to me. I think it’s been a driving force in my life. I want to show them that I can be successful without having to do what they want me to do because I can’t do what they wanted me to do.

My parents helped me a lot financially over the years but it always came at the price of having to listen to how disappointed they were in me. I felt like I was always begging them to see what a mess I was, to please have some understanding for me and to let me get better so I could succeed on my terms.

I remember when I got the job in the independent living section of the retirement community where I worked. It was such a relief to not have to kill myself in the long-term care center anymore. Part of what got me the job was my EMT license. I was never able to work as an EMT because I would have had to take a $4 per hour pay as an entry level EMT over what I was making as a C.N.A., but the license still helped me.

I liked the job in the independent living section much better. I had a lot more autonomy and there was far less heavy lifting. I was proud when I told my father that I’d finally found a job that I thought I could stick with. His response was “well, we’ll have to see about that.” He and my mother were hell-bent on having me get my nursing license so I could make more money. There went my feeling of pride in one fell swoop.

When I did get the nursing license some six years later, I made between $2 and $6 more per hour than I had made working as a resident assistant, and I was killing myself working 60-hour weeks. My sciatica got better because the first case I had involved working with a one-year-old infant whose case resolved.

The next major case I had would be the main client I worked with for the rest of my career in nursing. It might have been okay if the patient had stayed with the agency that I was working with, but there was a serious disagreement between the agency and the patient’s mother, so he was transferred to a different agency.

I signed on with the new agency but kept my foot in the water, so to speak, at the agency I was already with. I had good (though expensive) health insurance through them. I did not know about the Medicaid buy-in if it existed, and I don’t know if it existed in 2016. There can be dry spells working for homecare agencies, so I figured it was smart to be signed on with more than one.

Working as much as I did fucked my health to hell. One of my patients developed a severe respiratory infection which he passed on to me. I had to call off from my other assignments so I wouldn’t pass it on to those patients, but my coordinator told me that I could keep working with the patient from whom I’d picked up the illness because I couldn't re-infect him and laid on the guilt by saying “the family really needs you.”

My diabetes was getting worse and I wasn’t on insulin yet. I was really, really sick. There is no way under the sun that I should have been working. During the night, I sat by this patient’s bedside. I would play games on my tablet or write on my laptop. Sometimes I dozed off, but it was a light sleep and I would always snap to if something were amiss.

I didn’t snap to on this occasion. I recall looking at the time when I started feeling so drowsy that I knew I was going to go under. I was in a state of complete unconsciousness for the next 20 minutes. When I woke up, the patient’s father was sitting at the end of the patient’s bed glaring at me. I collected my things, apologized profusely, and left. I knew what was coming.

I think that I had a T.I.A. (transient ischemic attack) brought on by all the stress that my body was undergoing. I was well and truly unconscious. I was, unsurprisingly, fired from the first agency. I wanted to rail at my coordinator for putting me in that position, but I remained stoic during the process, responding only with “yep” and “nope” and finally saying “okay, bye,” and leaving.

It wasn’t so bad at first because the second agency kept me on with the patient I’d been working with before. Unfortunately, his case worsened to the point where he needed more care than a regular LPN could provide. He had a rare x-linked genetic disease and was going to start needing infusions. I am unsure if he is still alive. He had lived longer than most kids diagnosed with this condition.

I tried to go back to work in a long-term care center when the homecare agency was unable to find me another suitable client. It didn’t work out. The diabetes had taken a lot out of me physically by then and I felt like I was going to pass out. I also felt confused, probably as a result of my blood sugar taking a dive.

There is a high rate of burnout in long-term care and this is because they work their staff to death.

I made a promise to my father that I haven’t been able to keep when I was sitting beside his body in his room at the hospice. I promised that I would finish my Bachelor’s degree in English. My father was a college professor and was always disappointed that I only had an associate's degree. Unfortunately, I am too busy to take on even one more thing.

One always hears these stories about people getting a lucky break after years of hard work. I honestly don’t think I’m ever going to be able to join that crowd. 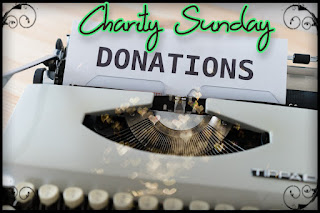