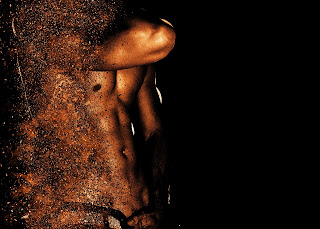 Image by Efes Kitap from Pixabay
Does the Marquis really just want to paint Dale's portrait, or does he have a more intimate interaction in mind?

Content Warning:
While this post contains no explicit erotica, it does contain adult themes and frank discussions of sexual interactions, as well as a heaping helping of innuendo,  served with a generous side of double entendre.

“Dude, you’re overreacting,” Dale replied dismissively. “The Marquis was far from fervid in his behavior towards me. I mean, yeah, he’s old school royalty, he’s a bit of a dandy, and I’d be far from surprised if he was either gay or bisexual, but I think hitting on me is a bit of a stretch. He just said he wanted to paint my picture. That isn’t the same as wanting to tear off my trousers and bend me over the nearest table.”

“Well, I say you’re just being modest. He wasn’t like: ‘I admire your manly lantern jaw, my good chap. I would be right well chuffed if you would agree to allow me to paint your portrait.’ He was all: ‘You have a most comely countenance, my good man,’ while rubbing his finger all over your face. And I’m telling you, his finger isn’t the only thing he wants to rub on your face.”

“Marc, shut up,” Dale groaned, blushing. “Yes, he’s a fop, and he’s quite probably sexually attracted to men. But touching my cheek is still a far cry from asking me to play sailors and blow the man down.”

“Well, maybe he’s at least enough of a gentleman that he’ll offer you dinner before he makes a meal of you. Look, Dale, I’m not trying to tell you what to do, and I’m sorry if I’m pissing you off, but I’m your friend as well as your professional partner, and I wouldn’t be very good at either job if I didn’t tell you when I think something fishy is afoot.”

“According to your assessment, I’m something fishy and the Marquis is planning to lure me in with his pole,” Dale laughed, putting an arm around Marc and giving him a squeeze. “I’m sorry for being such an ungrateful malcontent of a partner. Everything has been so weird for so long as it is, and in the past three months, the weirdness has out-weirded itself. You know what the one thing I’d like most in the world is?”

“Getting back to our time, rescuing Julie and Sarah, and watching the Indy 500?”

“You forgot the part where you and I bet on the Indy and you owe me a hundred bucks.”