First Look Friday: At the Edge of the Universe 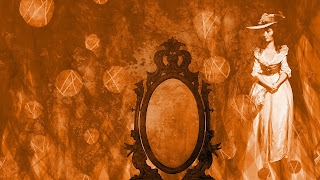 At the Edge of the Universe

“There’s a planet at the edge of the universe not unlike the earth in landscape and atmosphere. But its inhabitants are not,” Betsy explained. “It’s a Yuggothian outpost. You see, I believed our extraterrestrial visitor to be an angel. I supposed that I was being whisked away to Heaven. I know that you hate the Fungi from Yuggoth for taking me from you, but they aren’t merely monsters. They simply have an alien view of things. To them, our species is extremely primitive.”

“Well, I’m sorry, me golden dove, but I can’t very well forgive the rotters fer trickin’ an innocent twist n twirl with their twisted telepathy,” Robin countered. “In a matter of mistakes, as mistakes may be measured, this asinine assumption of theirs is the queen mum of mistakes. I understand that they've sent ya ter collect me for whatever nefarious Four Seasons they may 'ave, and I ain't Bobby wot their predicted expectations are as for me response, but ya can tell them that Robin Roberts won't easily become wahn of their corrupted conquests, allowin' 'is John Wayne ter be carted Frank Bough through space and signed, sealed, and delivered, nah fuss, nah muss, ter this ruddy planet they've created ter appease folks whose Dahn The Drains they've nicked.”

“Robin…” Betsy started, but the ghoul held up his hand, a stoic expression on his face.

“’Ang on a tick, Sweetheart, and ‘ear me out, Hairy Biscuits and Cheese. Ya can tell them leather-winged, space-roving blighters that Robin Roberts loves Betsy Bowes unto eternity. Maybe you're 'er, and if ya 're, then Briny Marlin, you must try and understand. I’d not wanna let ya Scapa Fla again for aught, but there's more at stake 'ere than just a On the Floor undead bastard's broken Horse and Cart. Further, I ain't entirely convinced that them Mi-Go’s ain’t just sellin' Sally ter me while dressin' 'er up in a Victorian Almond Rock and callin' 'er Betsy. 'Ave ya even a shred of proof that you're the bloody twist n twirl that I adore wif aw me soul and not just a pretty picture sent ter trick me into bein' Nyarlathotep's Bullock's Horn?”

“You and your wild whirlwind of words,” Betsy quavered, positioning herself in front of Robin and taking his hands. “Do you remember that odd tree in my family’s orchard? There were mostly apple trees, but then there was the one lone olive tree, the odd one out. The olive tree was our special tree. You first declared your love for me under that tree. You were so forthright and so afraid that I would reject you, but you needn’t have worried for a moment. You’re one of a kind, Robin, just like our olive tree standing amid the apple trees.”

“Oh, Betsy, it is you!” Robin proclaimed, bursting into tears. “It couldn't be anybody else. We never told nobody abaht our tree. It was our own secret Jack Jones. Oh, but me golden dove, wot is it that you’d ‘ave me do? I can't rightly just Scapa Fla trippin' Frank Bough ter ovver worlds and leef me china plates ter Kathy Burke their way aahhht of this Elliot Ness we've gotten ourselves into. I’d be a right shite if I did that, don’t you fin’? Oh, 'old the Dog and Bone, I've a marvelous idea! Ya must come wif me and meet me china plates, and we can create a new plan together!”

This chapter from my WIP, The Key of Eidolon, was written using the “Lurking” prompt from the 2020 October Spooky Writing Prompts challenge.

Prompts from http://puttingmyfeetinthedirt.com were also utilized.

This segment was inspired by the 25 October 2020 Sunday Writing Prompt from Mindlovemisery’s Menagerie.

Tears for the Lost Image designed by Cara Hartley You are welcome to use it, but please credit me. https://lisabetsarai.blogspot.com For t... 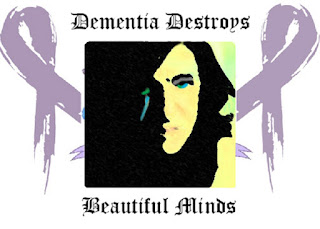