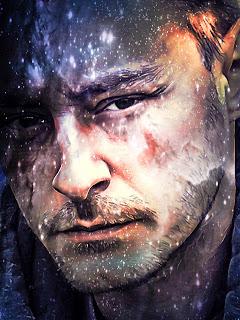 Image by prettysleepy1 from Pixabay

Notes:
This poem has some 'splainin' to do.
First, why would I take on ANOTHER daily challenge when I'm already involved with two of them?
I could blame the bipolar disorder, but I think the truth is, I'm genuinely insane. I'm not referring to the bipolar disorder part. That's mental illness. Mental illness is not insanity. Insanity is knowing something isn't realistic and doing it anyway. I have a proven track record of insanity.
The second factor involved here is my intent to finally publish a book of my poetry at the end of the year. I don't need to worry about publishers who insist that only previously unpublished works appear. The book will be published by Team Netherworld Creations, a seedy little independent press of which I am the Head Buttmunch in Charge. I don't have such rules. With any book I publish, whether it is written by me or someone else, the author retains all rights to do whatever they want with their material at any time.
Now, about the poem.
The poetry form is Jueju. I wrote two quatrains with seven syllables in each line.
Pepper Baiij is the female protagonist in Team Netherworld's long-running WIP, Fetch. The first chapter of this tale emerged in November 2014. The work is nowhere near ready for publication, but new chapters and poems are always emerging. Maybe someday we'll actually have a finished product.
Kris Rooiakker is an actor with whom Pepper became obsessed in her younger days. He is a psychic vampire. He found Pepper on the astral plane and took advantage of her vulnerability and low self-esteem. Pepper's obsession with Kris cooled many years ago, but he doesn't like being ignored. He keeps coming back to pester her.
The prompt asked writers to grab a book and find a sentence, then:
Use all the words of this sentence in a poem
OR
Pick a word or phrase from this sentence for the title of your poem
OR
Use a part or the entirety of this sentence as the first or the last line of your poem

Now, as it happens, I had the manuscript for Carnal Invasion VI: The Dark Delights of Mistress Kali open for reference in working on the forthcoming Carnal Invasion XI: Good Sports. (I am also the Head Buttmunch in Charge of Naughty Netherworld Press, which is Team Netherworld Creations' lust-crazed sibling.) I found a sentence suitable for public consumption and used the words "in thrall" for the title of the poem and in the first line of the poem. Here is the original sentence.
“No, Jefe, she ain’t hurt, but she in thrall of La Jefa,” Krystal whispered. “You can peek in, sí, but don’t say nothin’. Like I say, we don’t wanna end up being prisoners.”
If you are interested in learning more about the series of novels that this book came from, visit the Naughty Netherworld Press blog, where you will find snippets from the stories and links to purchase the books.