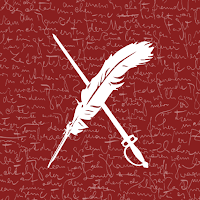 Robert always found golf to be a tremendously boring sport, but it took on new excitement when Miro asked Robert to join him for a leisurely Sunday afternoon game. Robert convinced Miro to join him for bowling and pool, and the two became fast friends.
Robert was heartbroken when Miro returned to Slovenia at the end of their junior year. He spent the summer in seclusion, filled with self-loathing for the fact that he was as in love with Miro as any of the girls who were crying their eyes out over the sweet-natured Slovenian’s departure, and possibly more so, owing to the fact that he and Miro had formed a powerful bond of friendship. He was ashamed to admit that each letter from Miro was like salt in his wounds, so he let the friendship fade by not answering the letters and had always regretted doing so.
Sonny strode over to Robert and cupped the smaller man’s face in his hands, running his fingers through Robert’s soft, dark curls.
“Do you want to become one of us, my sweet, pretty boy?” Sonny inquired, his eyes flashing red as he gazed into Robert’s soul.
“Yes, if that’s what Maria wants,” Robert replied, his voice trembling.
“Do you want me to be your maker?” Sonny inquired.
A tear streamed down Robert’s cheek. Sonny wiped it away.

This snippet is from the forthcoming eleventh book in the Carnal Invasion series entitled Revelry and Reunion: Good Sports.