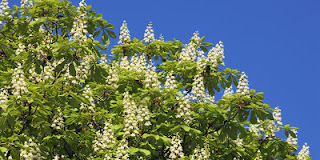 autumn moonlight--
a worm digs silently
into the chestnut.
presenting a sunny face
though my brain feels full of worms 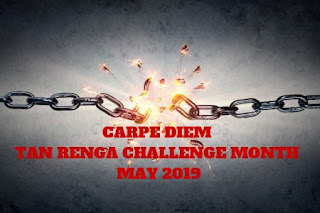 Notes:
The Hokku (Haiku) stanza of this Tan Renga was written by Matsuo Basho. The Akegu (closing stanza) was written by me.
Matsuo Basho was born in 1644 and died 28 November 1694. As a point of coincidence, my father died on 28 November 2010.
As Chèvrefeuille explains, Basho's Haiku references his desires for a man. Basho was a Samurai, and, as with the warriors of ancient Greece, homosexuality was considered normal and acceptable. Relationships between older men and adolescent boys were also considered acceptable.
I do feel that homosexuality is normal and acceptable, but I think it is better not to have sexual relationships between adults and youth.
My portion of the poem does not refer to my sexuality. Being heterosexual, I never found myself in the position of keeping my sexuality a secret. It refers to living with mental illness in a society which stigmatizes people who struggle with depression and suicidal thoughts.
Some people think that in this age of readily available psych meds, no-one should struggle with psychological problems. Many people do not respond well to psych meds, and not all psychological problems are chemical in nature.