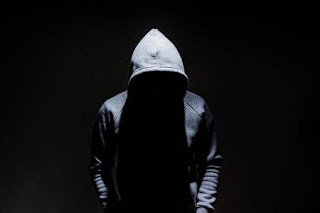 Dominic Dante bowed his head to hide his face as he emerged from the alley on Elmwood Avenue between Swanson’s Elegant Formals and Aeneid’s Greek Cafe. He needed to find Eris and show her the evidence of his devotion.

Aeneid Veld’s rebellious eleven-year-old daughter Anna Amalia had chosen the wrong night to sneak out of the loft above the café. The street-savvy girl had slipped out at night many times before. She did not fear Crouch End’s strange underbelly. She had been learning from a book of spells that she’d purchased at Flash’s Book Studio for her birthday last year and had gained a fair bit of respect from many of Crouch End’s Things that Go Bump in the Night.

On this night, however, Anna Amalia had run afoul of an obsessed soul seeking an innocent to sacrifice. Dominic Dante was a tormented young man who thirsted for both vengeance and acceptance. The stunningly sexy vampire he met at the Church of Starry Wisdom had promised him both if he proved himself to her.

Luckily for Anna Amalia, she had allies in the shadowed night world and Earth’s Dreamlands. One of those allies was hurrying to find help before the unfortunate girl succumbed to her injuries.

David Clifford was a Scottish musician who had moved to London in 1960, the year he turned eighteen. His parents and younger siblings moved to Crouch End three years later. David had died in 2012 from lung cancer. On this cold November night in 2014, he roamed the streets in spirit.

David’s adopted sister, Lotus Clifford, was a nun who lived in The Chapel of the Loaves and Fishes on Foxglove Court, along with the parish’s priest, Father William Kroger. David knew that Lotus and Father Will would certainly assist Anna, and he knew that Lotus would listen to him if he could break through the static surrounding her.

Luck was with David, as at that moment, a down-on-his-luck laborer named Robert Fitzgerald stumbled from the Istasha Tavern. Most people thought that Rob Fitzgerald was naught but a malt-soaked malingerer, but David was aware that the man had the second sight, even when he was seeing double. The spirit hurried to place himself just outside the lamplight directly in Fitzgerald’s path, allowing the lamp’s beams to illuminate him without making him appear transparent.

Rob Fitzgerald was deep in blurry thought when he saw the man standing near the house at the junction where Elmwood Avenue met Quartz Street. His first inclination was to cross the street and head home another way, but for reasons he couldn’t explain, he felt that the somehow familiar stranger could be trusted. Still, he paused before continuing further.

“Just so’s ya know, Mate, I drank up the last of me wages in the tavern,” Rob slurred. “So, there wouldn’t be no sense to robbin’ me, y’know.”

Mormo is the creation of H.P. Lovecraft, appearing in his 1927 story “The Horror at Red Hook.”

The setting of this chapter is based on Stephen King’s short story “Crouch End.” It is not representative of the actual London borough.

The following prompts from https://puttingmyfeetinthedirt.com/ were also utilized in the creation of this story.

The First Line Friday prompt was utilized in the creation of this chapter.

The Sunday Writing Prompt was also utilized in the creation of this chapter.

The full chapter is available on LBRY for 10 LBC (approximately $0.30)