Thirsty Thursday: In His Defense 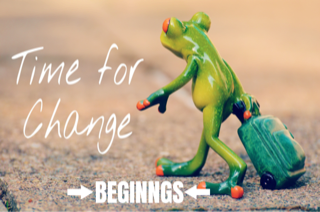 Robin tried to remain calm, but he felt as if his entire body was clenching into a fist as he followed his new companion to meet the extraterrestrial scout who had erroneously decimated his life. Robin Roberts changed irrevocably on the day that Betsy was taken from him. Although, as Nyarlathotep had observed to Robin’s chagrin, Robin had remained good at heart, he was much quicker to let his temper show and much more willing to do things outside the law to earn a shilling or two for a meal and a pint at the pub and a place to sleep.

Robin realized that he was squeezing Betsy’s hand much too tightly, as he had when they first encountered the Mi-Go scout in his ridiculous rumpled disguise on that fateful October day in 1880. He started to apologize, but Betsy’s gentle smile and soft squeeze of his clawed fingers let him know that she understood.

The group approached a Mi-Go pruning roses in a colorful lakeside garden. Robin and Betsy’s guide spoke to this Mi-Go, buzzing in a language that Robin didn’t understand. Betsy approached the pair, and Robin realized that this gentle gardener was the being who had wreaked havoc on his existence. That such a bucolic creature could cause heart-rending pain through its actions seemed impossible.

“Mickey, I’d like you to meet Robin,” Betsy said.

Betsy’s voice seemed far away and Robin found himself wondering if the whole journey to this utopian world designed by alien creatures for the benefit of certain hand-selected humans was a dream and he would wake at any minute and find himself back in the dreadful Dream House, alone and more broken than ever.

“He’ll be all right,” the Mi-Go called Mickey reassured her. “He is simply in a state of shock. I imagine it is difficult for him to accept this new beginning as reality when he has lived for so many years in darkness and uncertainty. I regret the part that my actions played in causing his distress.”

“I fear he may have fainted to prevent himself from decking you, Mickey,” Betsy revealed. “Robin is a gentle soul by nature, but he has a fiery temper. I believe that he does forgive you, but he is still hurt and angry.”

“I understand, my sister, and grieve for the pain I caused,” Mickey stated.

The sun set, and the first of three moons began its ascent, glistening off the pristine lake surrounded by the gardens of a terraformed paradise on the edge of the Universe.

Start your story with two characters watching a sunrise and end it with one of them seeing the moon reflecting off a lake.

Robin and his friend John are ghouls, a race of Undead creatures that subsist on decaying human flesh. Ghouls are either born as ghouls or become ghouls following the death of their bodies through arcane magic.