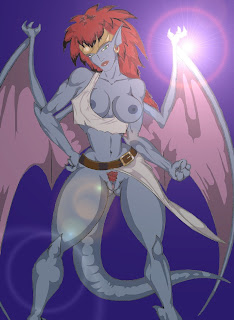 Fan art of the gargoyle Demona.

The image I used has been uploaded to multiple pages, and I am unsure who the original artist is. If anyone knows, I am happy to credit them.

Zachna is one of Mistress Kali's gargoyle clones. When she wishes to spawn a new gargoyle warrior, Mistress Kali wills herself to lay an egg, which increases in size over a solar week. At that point, the gargoyle emerges in full adult form and is generally sex-starved. The one exception to this rule is Mistress Kali's eldest offspring, Titania, who is asexual.
Most of Mistress Kali's gargoyles are female, although a few are hermaphrodites. To this date, there has never been a male gargoyle.
Gargoyles tend to get their point across through action rather than words.
Although Mistress Kali is the progenitor of the gargoyle warriors, she does not have a mother-daughter bond with any of these offspring save for Titania. As beings who are born in fully mature form, the gargoyles do not require nurturing the way humans do and thus do not tend to form a parent-child bond with their creator.
The gargoyle warriors appear to be infertile. Like their progenitor, they lack internal organs so it would be impossible for a gargoyle to become pregnant. None have ever cloned themselves or laid eggs. They may be capable of doing so but simply not see the need, as their number is quite plentiful. 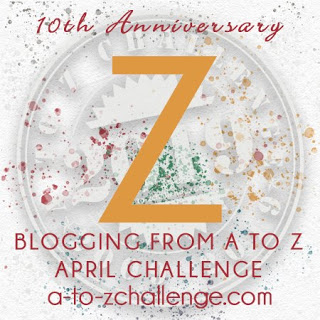